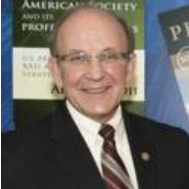 Jef Troxell is a retired Research Professor of National Security and Military Strategy in the Strategic Studies Institute at the US Army War College. Jef received his undergraduate degree in General Engineering at the U.S. Military Academy in West Point in 1974. He later received his Master of Public and International Affairs degree at the Woodrow Wilson School of Princeton University in 1982. In addition, Jef attended three senior military schools: the U.S. Army Command and General Staff College of Leavenworth, Kansas in 1986; the U.S. Armed Forces Staff College of Norfolk, Virginia in 1990; and the U.S. Army War College of Carlisle in 1997.

Jef has held several military positions including service with War Plans Division, Department of Army; Battalion Commander, 3rd Engineer Battalion, 24th Infantry Division in Fort Stewart, Georgia; Assistant for Force Planning for the Office of the Deputy Assistant Secretary of Defense for Strategy at the Pentagon; and Chief of the Engineer Plans Division of the Combined Forces Command in Seoul, Korea.

Jef was editor of the three volume Readings in Economics of National Security, published by the U.S. Military Academy from 1982 to 1985. He has written and spoken extensively on several subjects of international interest including: “Economics and National Security: The Case of China”, “Global Economic Development”, “U.S – China Economic Relations”, “The U.S. Financial and Debt Crisis”, and “The Euro Crisis.”Jef has spoken to the Foreign Policy Association on several occasions, including most recently in January 2020 on The China Trade War.

There is no charge for anyone to attend the program presentation only, beginning at 7:30 PM.

Reservations must be made by 10:00am on the Thursday before the meeting. To make a reservation, fill out the form below or telephone or email Ron Pontius at (717) 991-0899 or ronpon@comcast.net

To CANCEL a reservation, please telephone or email Ron Pontius at (717) 991-0899 or ronpon@comcast.net. Please be sure to give your complete name, address and phone number.

If you come for dinner without a reservation, we cannot guarantee you a meal because the Susquehanna Club uses a caterer and does not have a back-up kitchen.