Topic: Impact of the German Elections 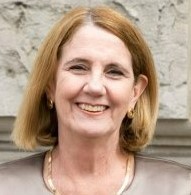 Dr. Gale A. Mattox is a professor and former Chair (2003-2007) of the Political Science Department at the United States Naval Academy (USNA) in Annapolis, MD. Dr. Mattox graciously agreed to address the FPA after the originally scheduled speaker, Daniel Hamilton, had to cancel due to unforeseen circumstances. Her teaching responsibilities include national security policy, comparative European politics, American government, and international relations. She has published six books and has co-edited a series called Germany in Transition, Germany at the Crossroads, and Germany Through American Eyes. She has appeared on the PBS News Hour and other media.

Impact of the German Elections